From Toronto to Calgary in Three Days

If someone told me a month ago that I will find myself on the road driving across the country, I would not have though it possible. But it did happen and I am so grateful and appreciative for the opportunity. A friend of mine that I have met through work many years ago has decided to move home to Alberta. Since she has just purchased a car, the only way to get there was on wheels, and who wants to drive alone. It really did not take long to convince me to join in for the fun and before I knew it the plans were confirmed and the return flight from Calgary booked. We left Toronto on a rainy Wednesday morning right on time to get stuck in the rush-hour traffic. Normally, this traffic situation would be stressing me out, but since were were already giddy and laughing hard, the time went by quickly, and one and a half hour later we found ourselves on the open road headed North. 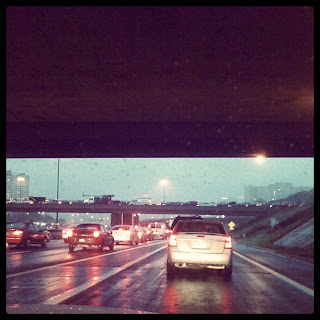 The plan was to reach Thunder Bay before nightfall as, as soon as the sun goes down, the roads belong to the wild life and there is the danger of running into a deer or a moose. Needless to say, that plan was a bit ambitions and with sunset we landed in Wawa, which meant even more ours spent in the car the next day. We set out from Wawa at around 6:45 the next day with the goal of reaching Winnipeg. The road led us past beautiful lakes, forests and through Indian reserves with souvenir shops and trading posts at each major intersection. At one of those we acquired the little hedgehog trinket for the dashboard and named him Lil' Chief Algoma after the region where the trading post was located. 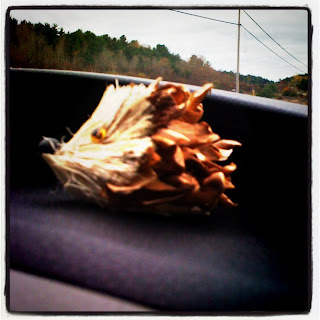 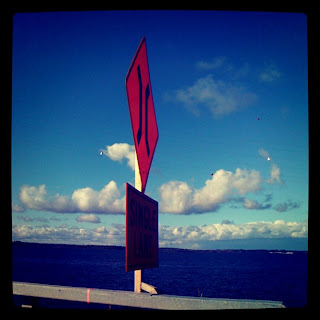 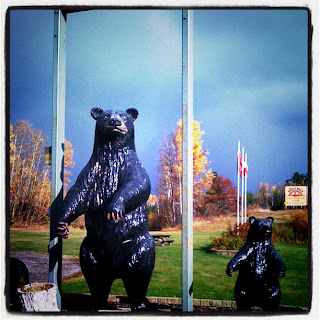 We reached Winnipeg at around 9PM, completely exhausted and dreading the next day's drive which was to take us through Manitoba and Saskatchewan since everyone kept warning us about the boring drive through the Prairies. Granted, it was flat and long, but beautiful nevertheless and worth every minute of the 11 hours that it took us to reach Alberta at sunset. 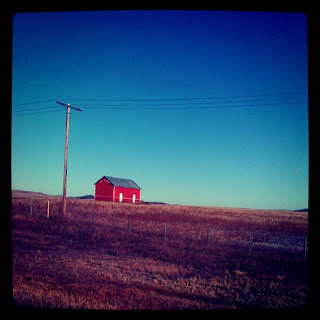 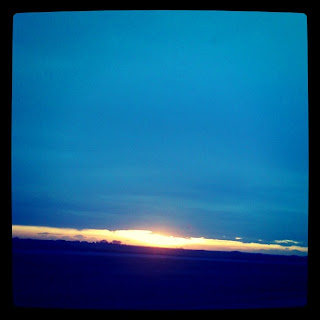 Our final destination was Canmore, just one hour West of Calgary. As soon as we entered Tara's new apartment, we were ready for bed. When we left the condo the next morning to go for breakfast and a hike in the Banff area I could not have expected better views. This was nature at its best for sure, lakes were reflecting snow covered peaks of the mountains surrounding us. The air was fresh and crisp and Elks were mingling with people at street intersections. 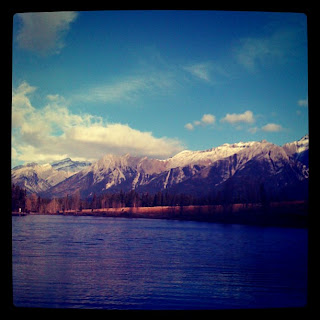 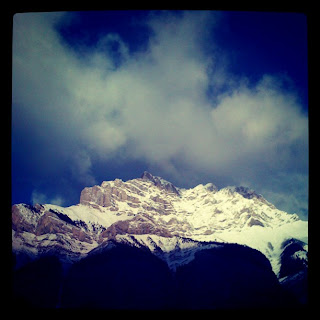 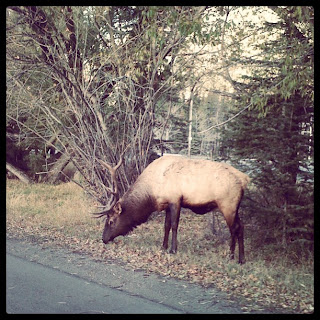 One last thing before my departure on Sunday was to check out the turquoise waters of Lake Louise. It was early morning and it had just started snowing so, unfortunately, turquoise was not meant to be. What was there instead was a beautifully calm lake with fog that has just started lifting revealing the steep cliffs of the Rockies 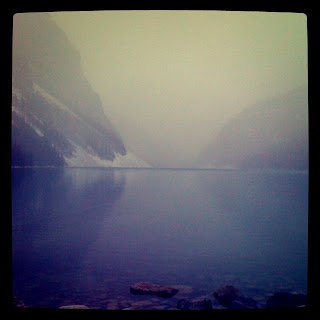 Back in Toronto, sitting in front of my computer, I can't but think of the natural wealth this county has to offer and am thankful to may dear friend that I got to share it with.
Email ThisBlogThis!Share to TwitterShare to FacebookShare to Pinterest

Join us at Freedom Clothing and help us celebrate another year of conversation-starting jewellery. 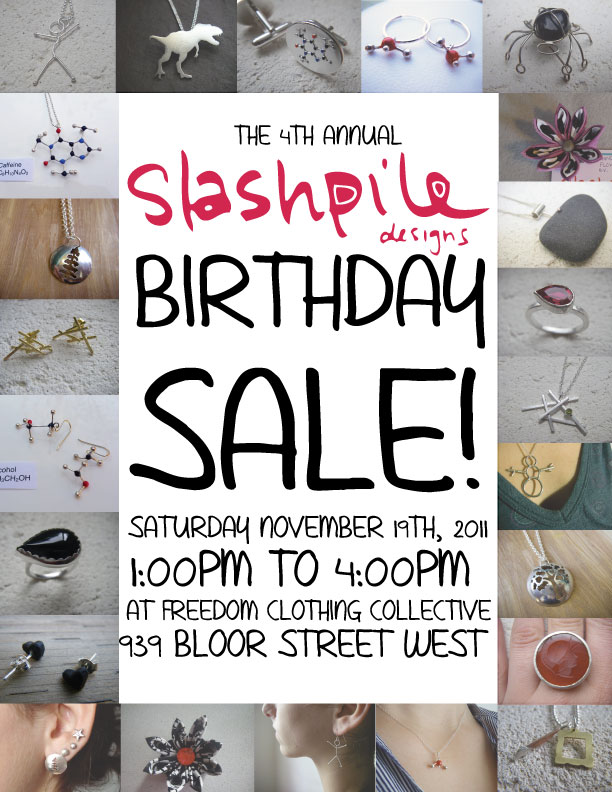 Join us for afternoon tea, coffee and snacks.
Come and take advantage of some great deals on unique and clever holiday gifts!

Hope to see you there!

New at Freedom This Week 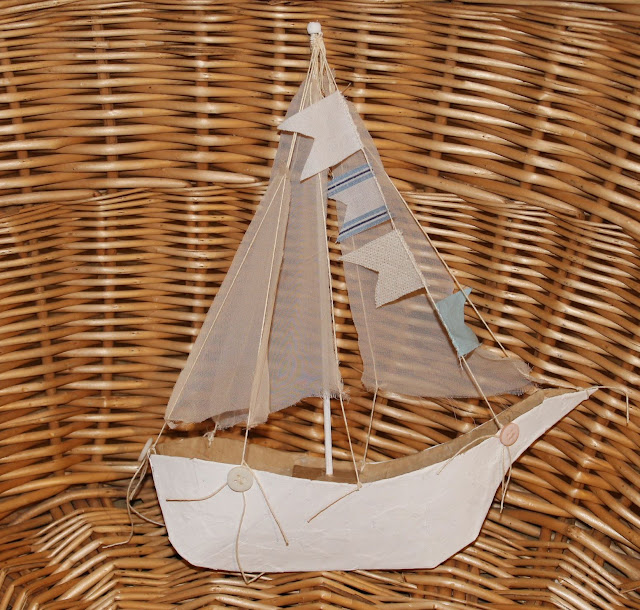 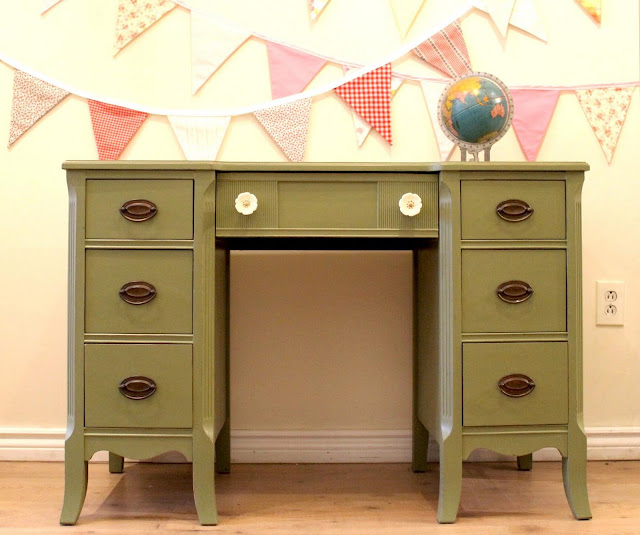 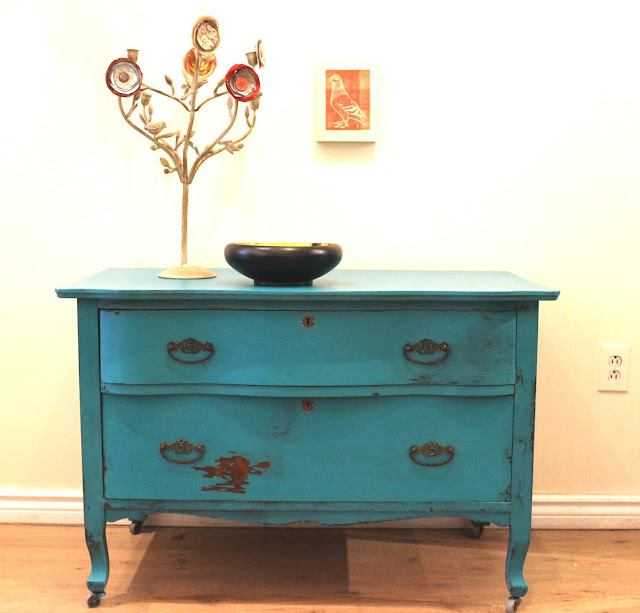 It is only Monday friends, and we already have some new goodness to share with you. Over the weekend we got some new swanky furniture and and some paper mache boats to adorn your abodes. Come to the store to check them out first hand, you won't regret it.
Email ThisBlogThis!Share to TwitterShare to FacebookShare to Pinterest 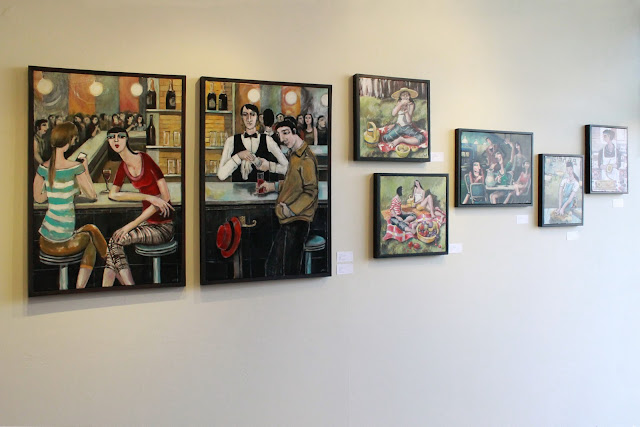 This month, we are proud to present a solo exhibition of works by Leyre Arroyo Abaroa!

Leyre is a Spanish artist born in Madrid and currently living in Toronto. Out of her personal longing to understand and become accepted in her new surroundings, she observes everyday life to study the social behaviour and cultural setting around her. In her works, she depicts these scenes through her perspective with a strong Spanish influence, making ordinary life into something extraordinary.
Email ThisBlogThis!Share to TwitterShare to FacebookShare to Pinterest

Sneak peek at the upcoming exhibition.....

Like what you see? Wait until you see her paintings - where she turns everyday life into a surreal experience. Coming to Bloorcourt on October 13th!

Blast From the Past 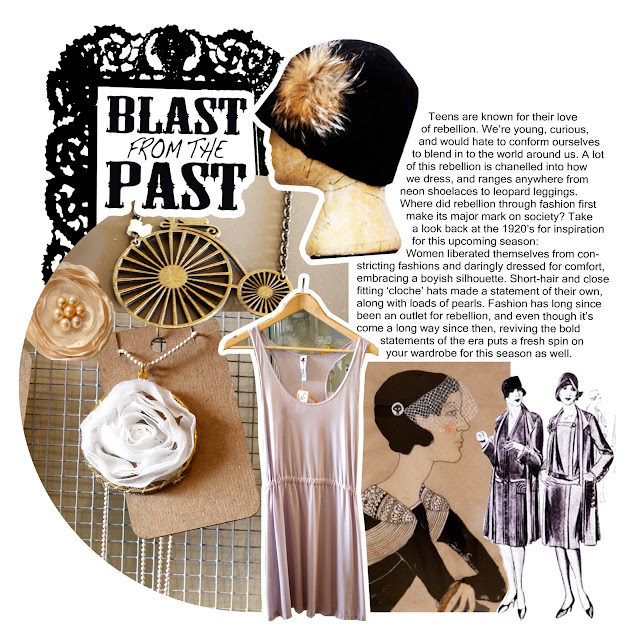